Whaleapp has announced the upcoming launch of Blitz: Rise of Heroes, its mobile RPG with idle auto-battle elements. Landing on both iOS and Android devices on November 9th, the game features forty customizable heroes and stunning 3D graphics in a rich fantasy world.

Blitz: Rise of Heroes boasts multiple gameplay modes where players can explore the main campaign, duke it out against other players in the PvP arena, or search for valuable treasure in the Treasure Maze. Advanced players can test their might and mettle against hordes of enemies in the Flaming Fortress, while the Temple of Trials provides an avenue for everyone to strengthen specific heroes in their roster.

Meanwhile, the Sphere of Time puzzle mode challenges players with additional modifiers that spice up the gameplay in a wide variety of ways, offering limited rewards and valuable artifacts to those who dare to take the test. 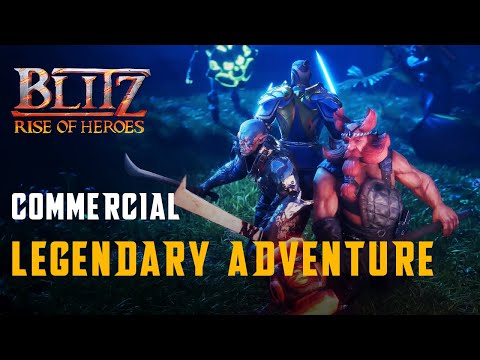 The game also lets you progress even when you’re offline with its auto-battle mode of up to 6v6. There are different character classes, abilities, stories, alliances, and stats to tinker around with, along with weapons, armor, and skills to try out.

If you just can’t wait until Blitz: Rise of Heroes is officially released across the globe on November 9th, you can take a little sneak peek at the embedded trailer above to get a feel of the game’s deep immersive storyline and stunning visuals. The title will soon be available to download on the iOS App Store or on the Google Play Store for Android devices as a free-to-play game with in-app purchases.

Are you on the hunt for more titles that you can play even when you’re not technically playing the game on your mobile device? Why not have a look at our list of the top 10 best idle games on Android?