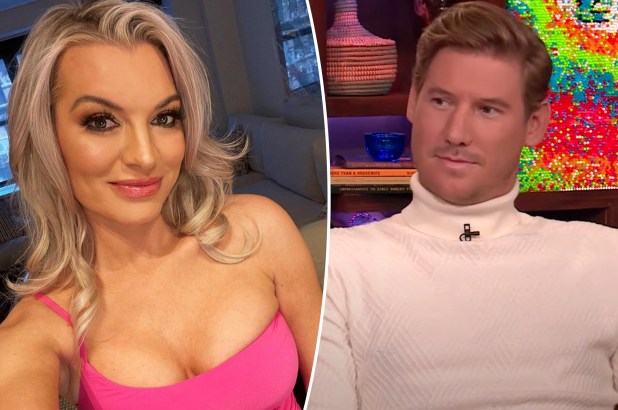 Lindsay Hubbard says she needs a break from her friendship with Austen Kroll.
Instagram, WWHL

She’s giving him the cold shoulder.

“I don’t need to train a 34-year-old man how to be a good friend to me,” Hubbard said on Wednesday’s episode of “Reality Life with Kate Casey.” “It’s just like, not in the cards. Like go learn with somebody else and then get back to me another time, but yeah, I need a strong break from that friendship.”

Hubbard and Kroll have been close friends for years, but they previously crossed the threshold from friends into something more. Hubbard also drunkenly told Kroll she was “in love” with him, and Kroll told Hubbard that he did love her – like a sister.

Hubbard felt that Kroll disrespected her during his appearance on “Watch What Happens Live With Andy Cohen” on Oct. 27.

Kroll said he preferred “Winter House” co-star Ciara Miller over Hubbard in many romantic scenarios – like kissing and cuddling – while Hubbard watched live in the audience.

Miller, 25, and Hubbard, 35, were both romantically interested in Kroll, 34, while filming “Winter House.”

“I was definitely taken aback at the responses that Austen gave, I think he could have been a little bit more respectful to me and to our friendship,” Hubbard explained. “We’ve had conversations about that in the past.”

The Bravolebrity added that she had never been in “more of an awkward uncomfortable situation in my entire life” than when she watched Kroll favor Miller live and in-person.

Bravo fans immediately sensed the tension between the co-stars during the segment, and it looks like they weren’t wrong: both Kroll and Hubbard have unfollowed each other on Instagram.

Hubbard told Page Six in October that she and Kroll had been close friends for about three years, and they “got a lot closer” while filming the new Bravo show.

Meanwhile, Hubbard and her “Summer House” BFF Carl Radke have fans speculating on their relationship status after a steamy Halloween couples costume.